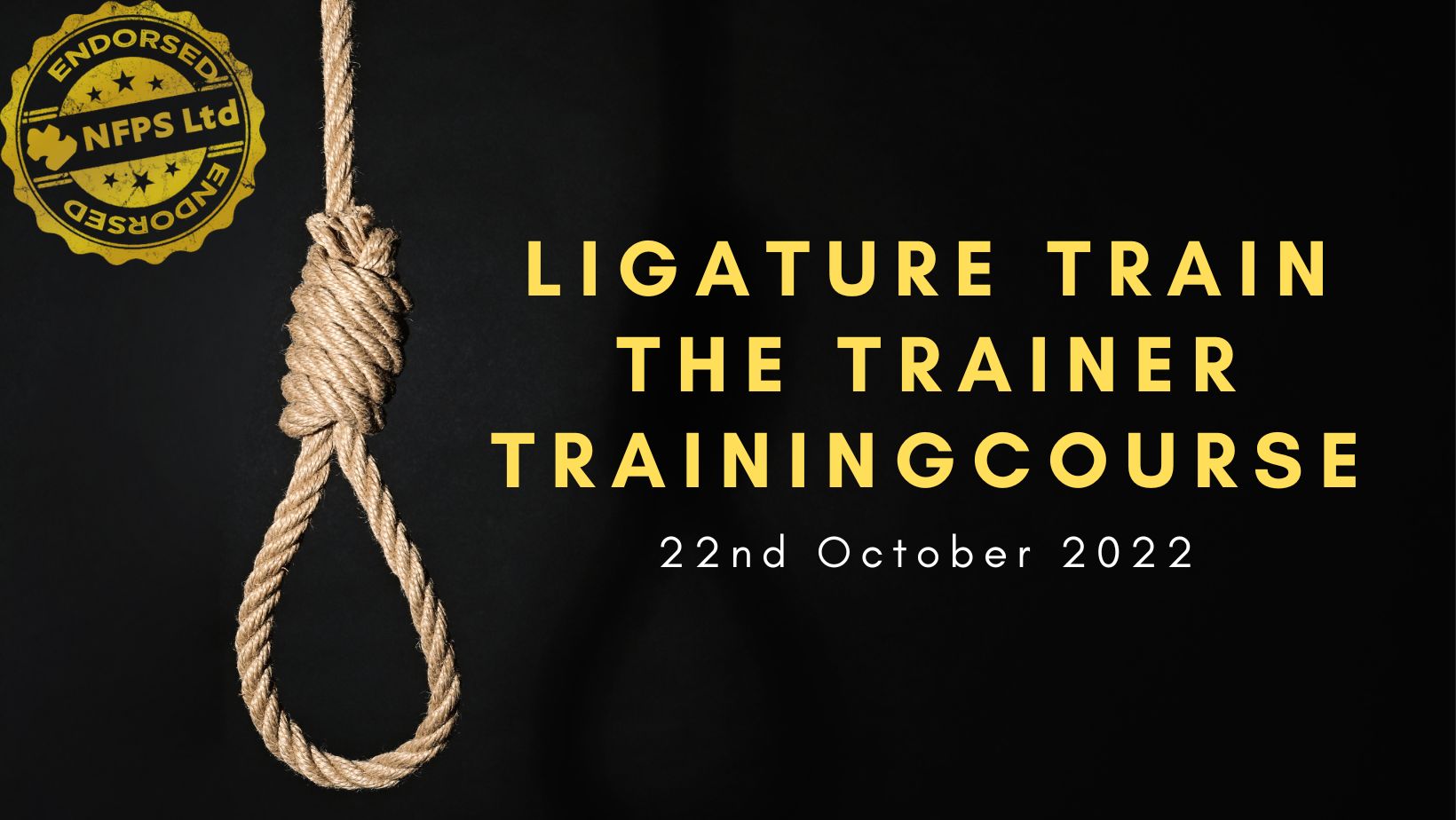 You may have recently seen the Channel 4 Dispatches programme ‘Hospital Undercover: Are Our Wards Safe?‘ where a Dispatches reporter went undercover in Essex Partnership University Trust, you would have seen the numerous attempts at patients trying to kill themselves using ligatures.

But it’s far more common than that.

The growing concern around suicide in mental health settings has prompted clinicians, estates professionals and specifiers to assess ligature risks.

Approximately three-quarters of patients who die by suicide on psychiatric wards do so by hanging/strangulation.

Suicide by hanging is one of the most commonly used suicide methods with a high mortality rate, with one research study suggesting at least a 70 percent success rate for death.

In England, there are around 2000 hanging suicides per year and it is the most commonly used suicide method.

Many of these attempts leave the victim with life changing disabilities.

This is why this course is so important.

This is why NFPS Ltd has endorsed this Ligature Train The Trainer Course.

I Witnessed The Death of A Young Man

In the week that I left the Prison Service a young man committed suicide in his cell.

He had tied one end of a ligature around his neck and the other onto the cell bars of his window.

When he was found by staff he was already dead.

When the alarm bell was raised I was only a few yards away from this particular unit and I attended immediately.

I was the first officer on scene, after the two young officers who had found him.

As you can well imagine, both of these lads were in a state of shock.

Almost immediately other staff arrived, so I quickly ushered the two officers away from the scene.

My concern was for them.

Sadly nothing could be done for the young lad who had killed himself, in spite of the valiant attempts by staff to revive him.

When the air ambulance arrived he was too far gone to revive, and the sight of a young life wasted in this manner, coupled with the indignity of his lying there, stripped naked while paramedics inserted tubes into him, was a very sad one.

When the two officers concerned had eventually regained some of their composure, anger started to set in.

They had been warning management for some time about the risks on their wing.

They were short staffed and the inmate population was rising.

They were also very concerned.

Had they done everything they could,and did they miss something earlier on in the day?

These were the questions now being raised between themselves.

Earlier that morning one of them had been talking to the young lad and he seemed in fine spirits.

Had he failed to read the signs?

Hindsight was now becoming a torturer.

A day after the incident everyone who was involved was called to a meeting in the boardroom to discuss the situation and its effect on those staff who attended.

The anger and sadness was all too evident in my colleagues.

One very senior principal officer who attended broke down and cried.

It’s been many years since that young person took his own life, yet I can still remember it in full detail.

This is why NFPS Ltd has endorsed this Ligature Train The Trainer Training Course that is being run on the 22nd October by James Morris.

James, like myself, has had to deal with young people who have tried to take their own lives this way.

Ligature Training Is An Ofsted and CQC Requirement

This course is being run by James himself who has first-hand operational experience in this area and who is more than competent and qualified to train trainers in this area.

What Does The Ligature Train The Trainer Course Cover?

1): Responsibilities of the first responder

2): How to complete the Primary Survey

4): How to use ligature cutters

6): Physical & behavioural signs of ligature use

7): How to preserve a scene and the importance of it

8): How to report an incident and the information to record

9): An overview of what policies, procedures and best practice should be in place

10): Understanding the choking game is and why people do it, including the medical risks & implications and the associated signs

What Do I Get Once Trained As a Ligature Trainer?

On completion of the course you will receive:

1)  Certificate of completion, valid for 12 months;

7)  Two sets of ligature cutters, one set of kevlar gloves.

When Is The Next Ligature Train The Trainer Course?

The date of the training is the 22nd October and the venue is the Village Hotel Dudley.

Your investment in this course 2 x course lunch, hot drinks and refreshments.

Your investment in this unique trainer training course is only £495 + vat.

What Do I Do Next?