How I Started Teaching Self Defence I started teaching self-defence back in 1988 on the back of running a martial arts school (check out the dodgy tracksuit!).

This was at the request of the local police and local crime prevention panel, who wanted self-defence courses for local people and local businesses.

The concept was to provide a two-hour session after work one evening a week for six weeks, culminating in twelve hours training in self-defence.

This was the amount of time people could realistically commit to when having to balance their work, family life and other everyday commitments.

Now, this was a different concept to teaching a martial art, where someone would attend a class twice or three times a week for three to five years to get a black belt.

Light-Bulb Moment #1: So the first question planted a seed in my mind. Do people need to train for three to five years to be competent to defend themselves?

Light-Bulb Moment #2: The next ‘light-bulb’ moment for me came when I was asked by a woman on one of these self-defence evenings if I could teach her something that she could teach to her son.

He wanted to learn self-defence but was too scared to attend a class because he was being bullied and had very low self-esteem and self-confidence, and I thought, yes, why not?

If self-defence is a ‘common law right’ of every person, why do we have to elevate someone to the dizzy heights of ‘instructor’ to be ‘allowed’ to teach?

Why can’t a mum simply show her son what to do? Now of course in today’s health and safety conscious world we need to apply good health and safety practices to what we teach, but that shouldn’t take three to five years! It could be done in a day or two.

Light-Bulb Moment #3: It also made me realise something else (my mind was now similar to an illuminated fairground as one light-bulb moment sparked off another). A lot of people who probably need to or want to learn to know how to defend themselves, do not attend courses because:

1. They are probably not very confident and have low self-esteem, and

2. They are probably at the low end of the fitness spectrum and are not very technically (in a physical skills sense) proficient.

This means that the people who really need the help are possibly not the people who actually attend courses. So wouldn’t it be great if we could teach those that do attend to go back and teach these very people?

Light-Bulb Moment #4: The next ‘light-bulb’ moment came when I was asked what reasonable force meant.

My co-tutor (a police officer who was running these two-hour sessions) and I had been telling the people we were training that as long as the force they used was ‘reasonable’ they would be okay.

Then, at the end of one of the sessions, a woman on the course asked us to explain what ’reasonable force’ meant.

Apart from giving a few weak examples (basically ones that we made up on the spur of the moment, to avoid any embarrassment) neither my police colleague nor I could legitimately define what ‘reasonable force’ actually meant.

This ‘wake-up call’ was a realisation that people didn’t just want techniques; they really wanted to know what they were legally allowed to do.

In short, they wanted to know that if they used what we were showing them, they would be acting legally.

In essence what we were doing by majoring in teaching techniques, was akin to teaching someone to drive but not teaching them the Highway Code.

This was confirmed much later when I carried out a large survey at a north London hospital when we asked nurses on personal safety courses what they wanted to know.

They all said they wanted to know how far they could actually go in defending themselves, and others and to do that they had to know what ‘reasonable force’ actually meant.

The realisation that was dawning on me was that techniques alone aren’t enough.

This was because the evidence shows that people will not use something that is too complicated simply because they will not be able to recall what to do when under pressure.

Also, if people do not understand the law in relation to ‘reasonable force’ then how will they be able to know what they are legally allowed to do and that can create hesitation and fear.

They also wanted to be taught simple and effective techniques that were easy to learn, easy to remember and which would work if required.

At that moment, I had what I can only describe as one of those ‘epiphany’ moments.

Light-Bulb Moment #5 – An ‘Epiphany’: I suddenly realised that the reason that we were all teaching a progressive course, that taught more and more complex techniques as people progressed through it, was because we (the instructors) wanted to look good / make a good impression in front of our ‘audience’ by being able to do what they couldn’t.

Another motivator for some other trainers too (which one guy told me about) was that if someone actually used something in self-defence and hurt someone, he would have a ‘get-out’ clause by being able to say that they didn’t use the technique the way we had taught it to them.

In short, the training was about the trainer/s, not the students and it didn’t make trainers accountable or responsible for what they were teaching.

So the challenge was set.

If I really wanted to help people I had to give them the information they needed to answer their questions, which, in summary, were:

From then on the ‘Bash & Dash’ course was conceived and the first one was a huge success.

Over the years the course has developed based around a simple mantra that I keep at the forefront of my mind which helps keep me on point. That mantra is:

“If a forty-eight-year-old woman came up to me and asked me to teach her something so that she could either: a) defend herself and her family, or b) enable her to teach someone else in her family, because she or someone in her family was scared that they were going to be attacked later on that same day, could I do it?”

If the answer is no, I am not teaching self-defence, I am teaching something else.

Today in 2019, over thirty years on, our BTEC Level 3 Advanced Self-Defence Instructor Award Course follows those same steadfast principles, which hold as true today as they did all those years ago.

The reason we eventually developed it into a BTEC Course was because of another ‘light-bulb’ moment.

Light-Bulb Moment #6: There are many courses taught by many different people. Some are good, some are bad and some are indifferent, so it is difficult for someone to know what to look for when they are looking for training.

All of these courses have one thing in common which is that the instructors, in the main, actually want to help people and are motivated by a desire to keep people safe.

However, all of these courses have one other thing in common too.

None of them was teaching to a recognised national vocational standard that involves a structured process of learning and assessment with audit trails and internal and external verification processes, and this is what makes our BTEC Level 3 Advanced Self-Defence Instructor Award Course different.

What our course does is provide an instructor with an approach to teaching, based on a structured process of learning and assessment that is legally correct and health and safety compliant.

This provides any prospective student with the safeguard of knowing that their instructor has gone through a formally recognised process and has attained a qualification written to an Awarding Body standard.

It also provides the instructor with the freedom to teach what they like as long as it meets the three principles listed above.

What I learned over thirty years ago, which still holds true today, is that people need more than just physical techniques.

They need information and they need answers to questions that are stopping them from reaching their full potential.

Provide that and you liberate them and set them free to live a safe life.

To find out more about the course, including dates, and/or to book on our next BTEC Level 3 Self-Defence Instructor Award Course go to this web-page – https://nfps.info/BTEC-Level-3-self-defence-trainer/ 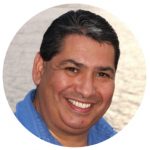