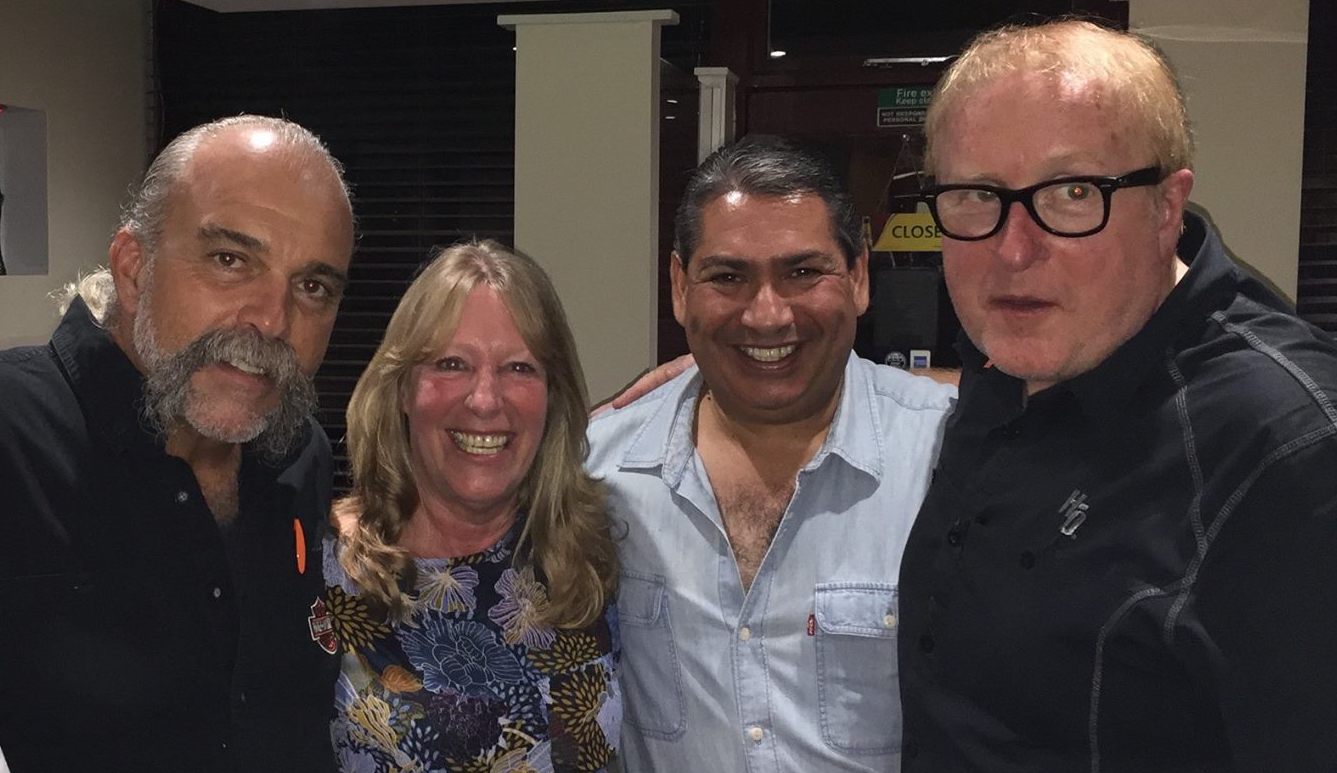 Sam Childers (and not the Hollywood star Gerard Butler) will be speaking at the South Hayling United Reformed Church on Tuesday 16th April 2019 as part of his UK tour.

Sam will be speaking about his work rescuing children in war-torn Africa and you can help us to make Sam’s visit a memorable one by coming along and by sharing the event with your friends and colleagues who may also be interested in attending.

How Did I Initially Meet Sam?

One question I get asked a lot is, ‘How did I come to meet and know Sam’?

So, what I am going to tell you now is the bizarre set of events that led up to this.

A few years ago, I was running an NLP (Neuro-Linguistic Programming) Masterclass training course, and at the end of the first day I had gone to my room to do the usual, answer emails, make a few calls etc., the usual stuff that goes with running a business.

However, for some bizarre reason, I had very few emails to answer and no calls to make.

What Shall I Do For Dinner?

The next big decision that I then had to make was, ‘what shall I do for dinner?’

Shall I go to the restaurant, have a bite to eat in the bar or just get something to eat in my room?

A Pizza and a Bottle of Wine

Now hopefully many of you will relate to this. After a full day training sometimes, I just want to switch the brain off and have a bit of me time. So, I decided to get a pizza and a bottle of wine and stay in my room and watch a decent documentary or film.

So, I ordered my food and drink and started to look for something to watch on the tv, but nothing took my fancy.

So, while waiting for my food to arrive I thought I’d check my emails again, so I opened my laptop and checked my emails, but there was only one new email there, from Netflix. It was a ‘Mark we’ve found something for you to watch’ type email.

Now I have to admit that up until this point I had never watched a film on my computer. I only had a Netflix account for the kids, and it wasn’t something I used much. 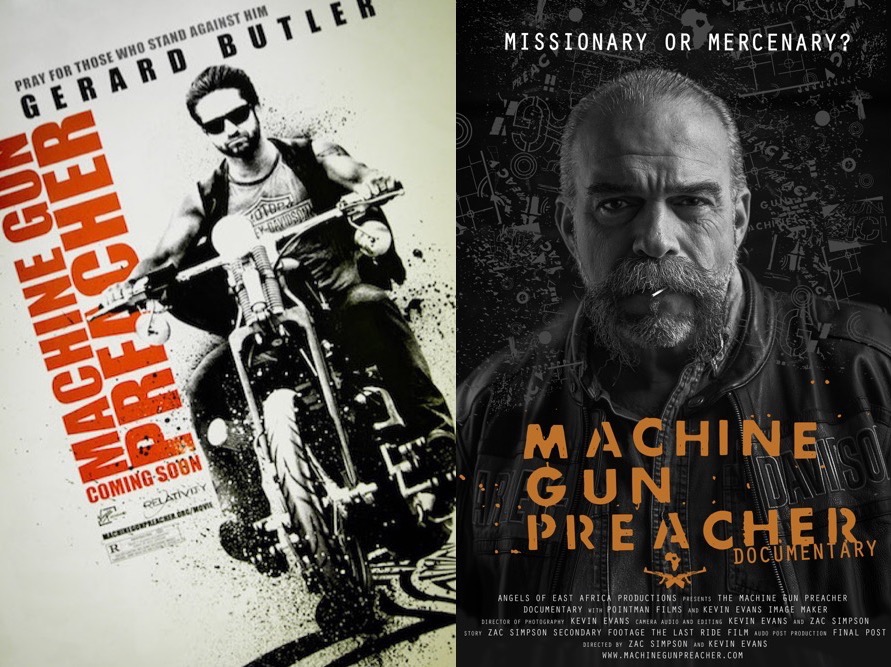 Anyway, I looked at the email from Netflix and the recommended film was ‘The Machine Gun Preacher’ starring Gerard Butler. So, I thought, sod it. I’ll take a look and my evening was set.

My pizza and wine had arrived and as I started to eat and drink, I started to watch the film, and to be completely honest, I only had it on because there was nothing else to watch and like most men, I just needed something going on in the background, so the film satisfied that need.

But as the film progressed, I became more and more interested in the story, which was a story about a biker called Sam Childers who went from being a scum of the earth drug dealer/user and all-around gun-toting thug to someone who decided to fly to Africa to help save children of war. It was a fascinating watch.

Anyway, the next morning I’m in the classroom and I thought I’d use this guy as an example of how anyone can make the changes they need in their life, because if this guy can go from being a pretty bad guy to a saving thousands of children in a war zone, then no-one has an excuse that they can’t make the changes they need to make to live a life of their own choosing.

So, I started to tell Sam’s story and then a guy on the course called Gary Wright said, “Are you talking about Sam Childers?” and I said “yes”. “I’ve met him,” said Gary, and he proceeds to show me a picture of Sam with him on his phone.

So, I said to Gary, if you have any contact details for Sam send him an email and let him know that the next time he comes to the UK to let me know and I’ll put on an event to help raise some money for what he does. Gary said that he wasn’t sure if he had any direct contact details for him, but he’d try.

That evening, back in my room I’m checking my Facebook feed and a post appears from Sam Childers the ‘Machine Gun Preacher’. It said something like

“I’m on a UK tour and I have one free date. If anyone call fill it let me know”.

I replied to it and said that I’d do it. So, I contacted my wife and we booked the church for the date, and here’s the other spooky bit, that was the only day that the church wasn’t booked for that week!

And there’s more. How did Sam’s post end up in my Facebook timeline? I hadn’t added him, and it wasn’t a targeted Facebook advert. I asked Gary and he hadn’t contacted Sam up to that point.

And that’s how the relationship started with Sam and when he flew into Southampton airport with Kevin Evans (a great Aussie guy) Deborah and I were there to meet them and since that day we have become very close friends.

We keep in touch with Sam and Kev regularly and last June Deborah and I flew over to Jonestown Pennsylvania to help Sam with his charity event, Thunder in the City. We stayed with Sam’s brother George and then George flew over to stay with us here at our home on Hayling Island.

And this year Sam is back with us again to start his UK tour which includes speaking once more on Hayling Island.

And if you would like to come along to our event then please let Deborah or I know. You will be made most welcome and you will get to meet Sam in person, and you can even buy a copy of his book which he will gladly sign for you in person.

I’m Not a Christian or Churchgoer

Sam’s message of hope isn’t just for Christians. It’s for everyone. Sam’s story is a story of how a man can change his life. So, it applies to anyone and everyone. 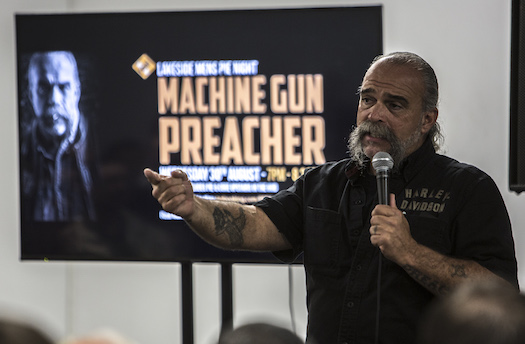 Children in school today are under immense pressure to pass exams. Sam is an (and I know he’ll forgive me this) uneducated man whose school time was spent selling drugs (some to his teachers I believe) but look what he has achieved.

Men and women today are under huge pressure at work, many struggling to achieve a decent work/life balance. Sam’s story is a reflection on that. The sacrifices he has made in following his mission have had a direct effect on his family life, so his story is one of choice and consequence too. 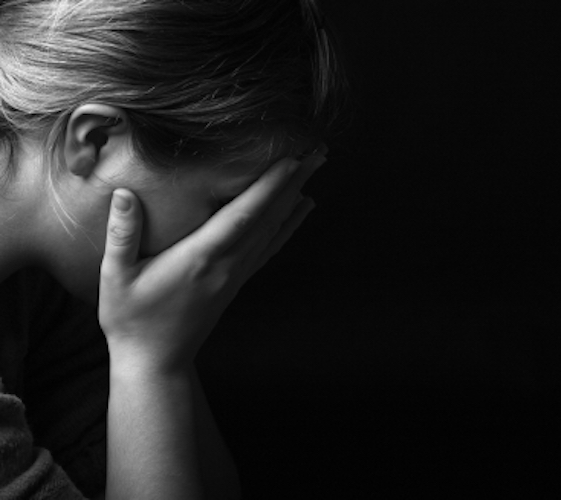 Many people feel lost, disenchanted and alone. Sam’s story echo’s that too.

For many years he was alone without support. He didn’t even have money to repair his shoes or clothes and he slept under a tree, bible in one hand and an AK-47 in the other to protect the children he rescued.

Sam’s faith has helped him achieve great things for others and his story will inspire and motivate you and possibly give you the push you need to help you move forward too.

Sam also speaks at large corporate events and many large national and international businesses and business executives have benefited immensely from Sam’s talk.

As for me, it’s helped me too, in more ways than you can imagine. 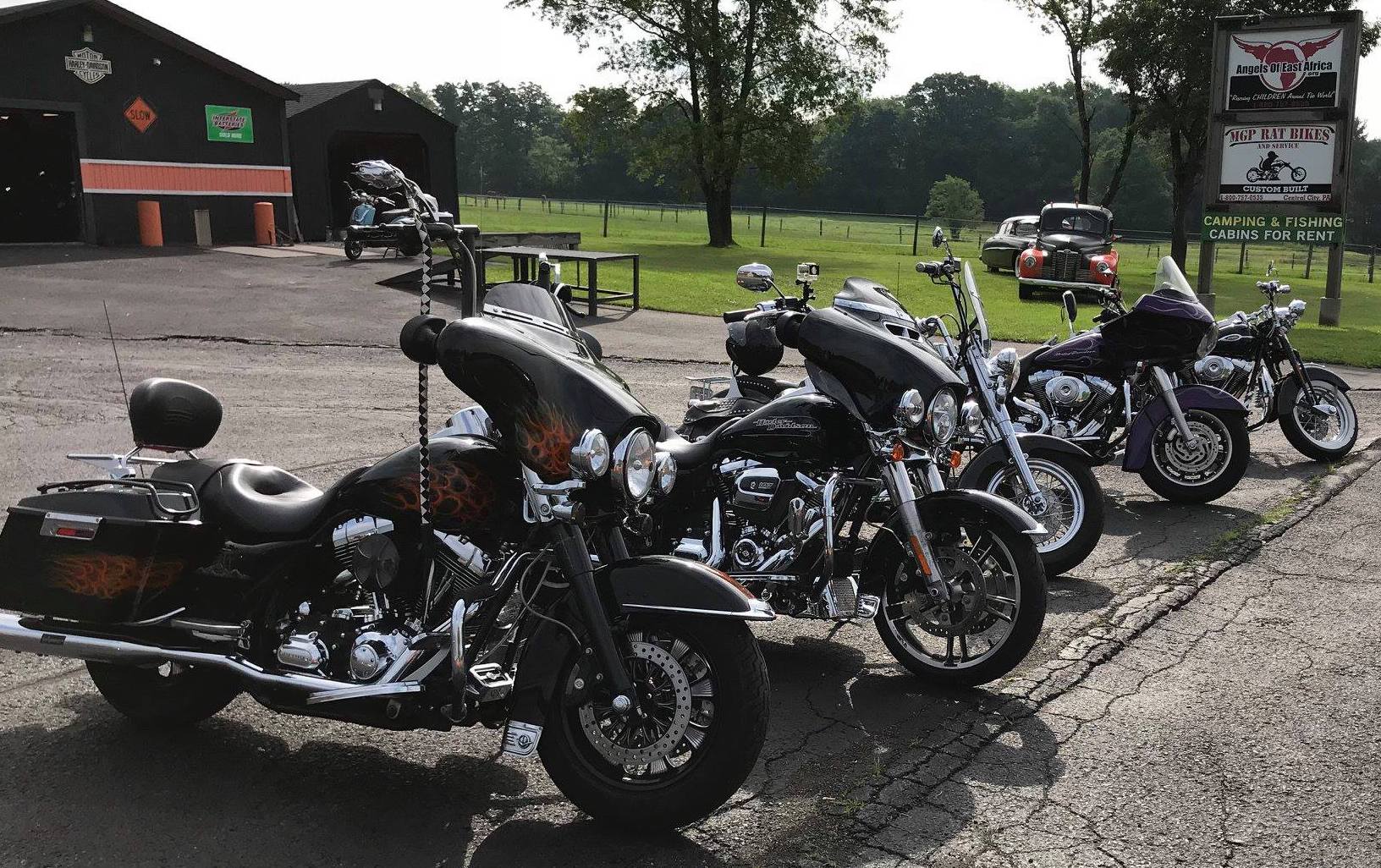 For example, while we were with Sam at his MGP bike shop in Jonestown Pennsylvania, I asked him why he had so many motorbikes in his shop.

“People just give them to me”,

was his reply and he told me the story of one bike that was there and how a biker turned up at one of his events and said “here” and gave Sam the keys and paperwork to his Harley and then simply got into a car with a friend and drove off.

“The more I give the more I receive,” said Sam, and that resonated with me because that’s not just a Christian belief.

Years ago, when I started studying positive thinking I kept reading and hearing the same thing in every book I read, on every audio I listened to and on every course I attended. “If you want to receive you must first give”.

So, when people ask me why do I give so much information and advice for free, now you know the answer.

So, why don’t you give Sam some of your time by attending our event or one of the other events where he will be speaking at?

“Ultimately, there’s one investment that supersedes all others: Invest in yourself.”

Warren Buffett, the most successful investor of all time, when asked what the best investment is a person could make, his answer was “Ultimately, there’s one investment that supersedes all others: Invest in yourself.”

Buffett also went on to say,

“Nobody can take away what you’ve got in yourself, and everybody has potential they haven’t used yet.”

It could be the best investment you make for you and your family as the returns are going far exceed any inconvenience or expense you may encounter in getting to an event.

To find out more about the event go to: www.nfps.info/mgp or The Eventbrite page here – https://www.eventbrite.co.uk/e/sam-childers-the-real-machine-gun-preacher-speaking-at-the-south-hayling-united-reformed-church-tickets-58930260997 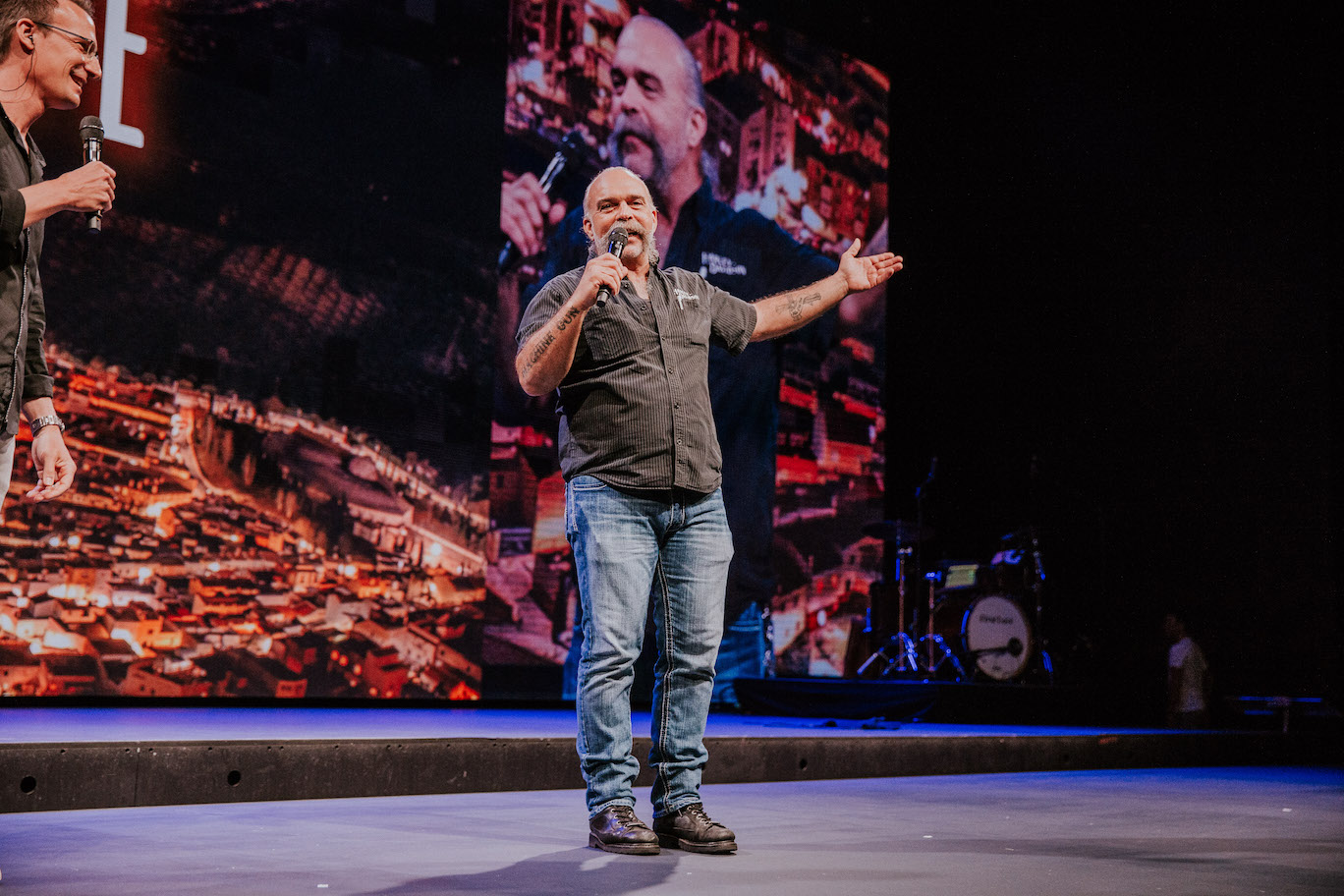