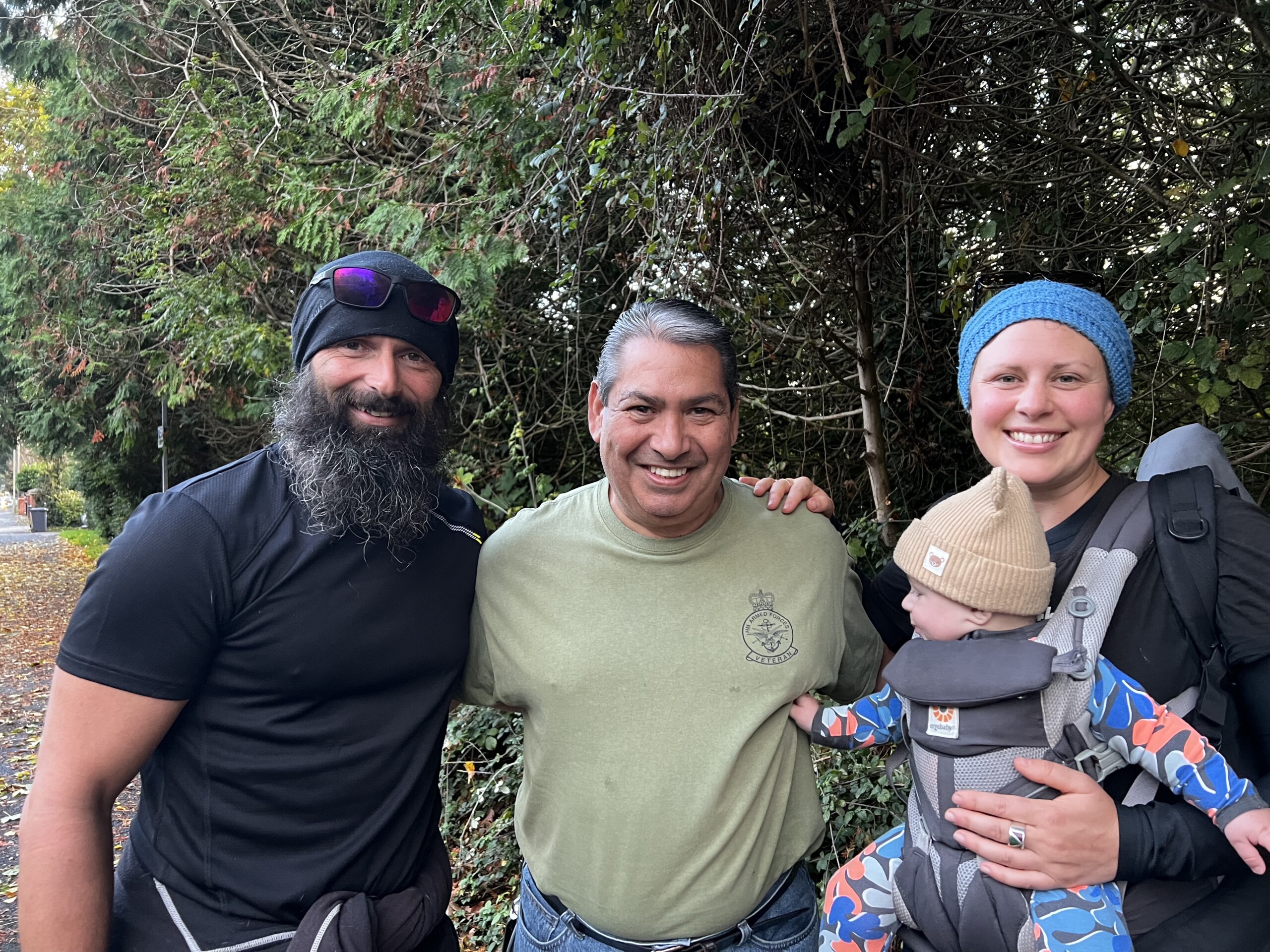 Chris, a former Para, has been walking the UK for five years now.

He started his journey alone, with just £10 in his pocket and enough food for only two days.

Dealing With Lockdown, Adopting a Dog, Meeting Kate and Having Baby Magnus

Along the way (and whilst living outdoors for the majority of the time) he has also had to deal with two lockdowns, which as you can imagine were challenging times for him.

On the positive side however, whilst walking the coast of the UK, he adopted a dog called Jet, he met Kate, the love of his life (who is now walking with him) and they have had a baby called Magnus.

I had the pleasure of catching up with Chris and his family yesterday on Hayling Island.

Watch A Documentary About Chris

You can also see a BBC documentary about him on BBC iPLayer here – https://www.bbc.co.uk/iplayer/episode/m000zpy5/our-lives-series-5-the-long-walk-home or on Facebook here – https://www.facebook.com/BBCCymruWales/videos/207132628077116/

Can You Spare A Few Pounds To Help Chris

Chris has so far raised just under £275,000 for SSAFA, The Armed Forces Charity, which is his way of giving back to the charity that helped him so much after he left the Army to look after his daughter – https://www.justgiving.com/fundraising/chriswalks

His story is a remarkable one of transformation and inspiration, so if you can spare a few pounds to help this great person (and family) raise money for SSAFA, which is a charity that provide lifelong support to our Armed Forces and their families, which is a very worthwhile cause I know he’d appreciate it – https://www.justgiving.com/fundraising/chriswalks