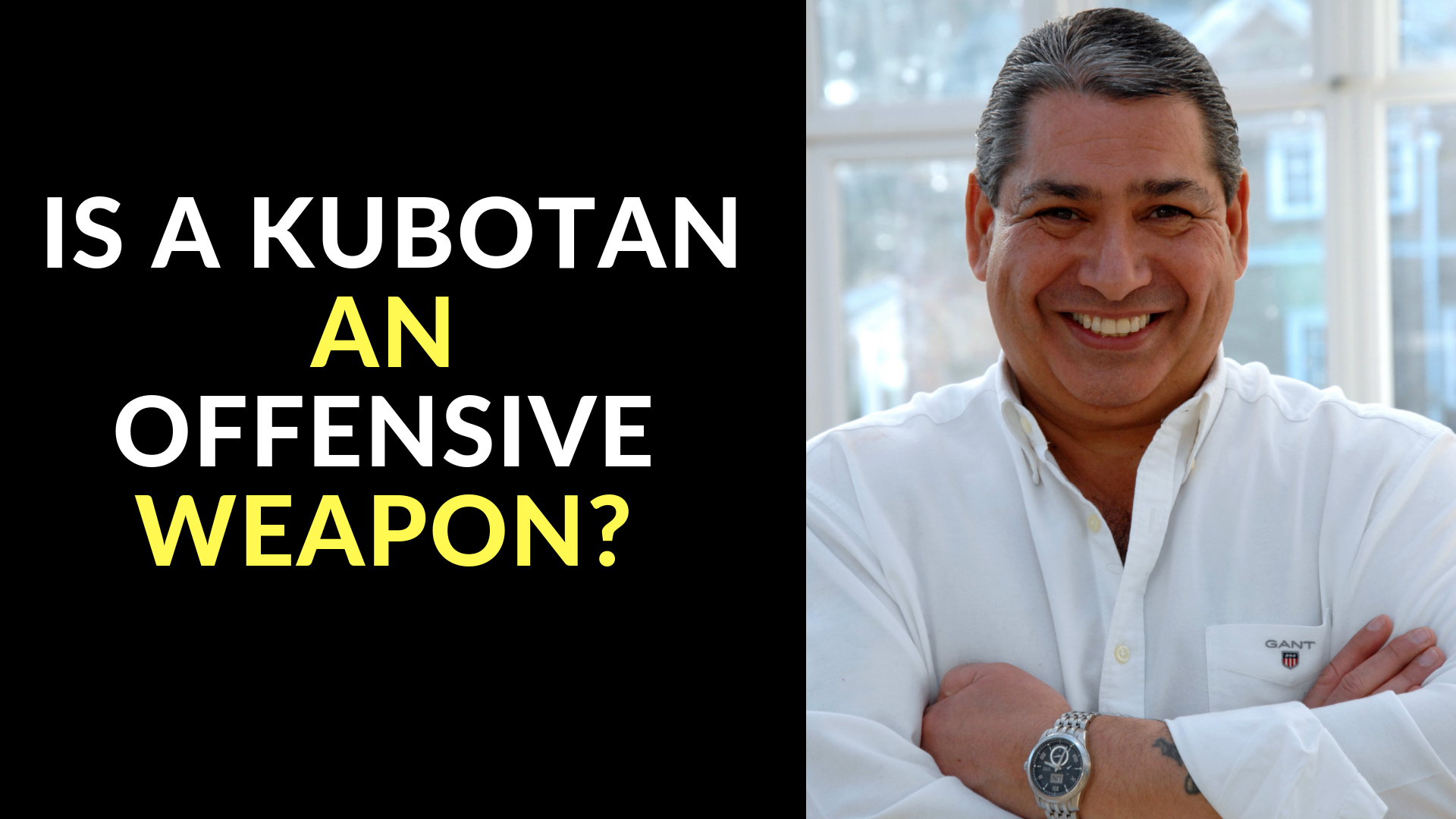 Some time ago I received the following communication from someone who took a kubotan off a member of staff who was carrying a kubotan.

“I was working with a newly qualified DS on an event, only had his badge 3 months and he was on his training course and was actively taught how to use a kubotan by his instructor who was some form of martial arts “expert”.

Now I would assume that a kubotan is an offensive weapon and comes in the same league as a telescopic baton, PR24 or other form of tonfa or impact weapon in the eyes of the law.

I subsequently took said item off him and gave it back at the end of the event.

His justification for its carriage was that it was a self defence weapon and according to his instructor “most coppers wont know what one is”….. all very concerning.”

WHAT IS A KUBOTAN?

A Kubotan is generally known as a self-defence weapon which is roughly 5.5 inches long and about half an inch in diameter.

WHAT IS IT’S APPLICATION?

In all the kubotan training packages I have seen people are taught how to use the weapon to inflict pain to secure compliance which hasn’t changed from what a kubotan was initially designed for which was: ‘breaking the will of unruly suspects’ with painful locks and pressure point strikes by ‘attacking’ the vulnerable and sensitive areas of the body.

CAN A KUBOTAN BE CLASSED AS AN ‘OFFENSIVE WEAPON’?

An ‘offensive weapon’ is defined as:

“any article made or adapted for use to causing injury to the person, or intended by the person having it with him for such use”,

and Section 1 of the Prevention of Crime Act 1953 prohibits the possession in any public place of an offensive weapon without lawful authority or excuse (Archbold 24-106a.).

Therefore, considering what a kubotan is primarily applied to do it is consistent with the first part of the definition above which is:

“any article made or adapted for use to causing injury to the person….”

HOW DOES BEING TRAINED TO USE A KUBOTAN CHANGE THE POSITION?

In the question, I was asked it was stated that the person:

“was actively taught how to use a kubotan by his instructor”.

In this case that would fall under the second part of the definition of what an offensive weapon is which is:

“…intended by the person having it with him for such use”.

Now some people are told that if they are challenged by the police for carrying a kubotan they should deny that they know what it is and just say that they only have it on them for self-defence, but if you are going to use this excuse you should first familiarise yourself with the principle of ‘instantaneous arming’, or you could come unstuck!

THE PRINCIPLE OF ‘INSTANTANEOUS ARMING’

It is important to be aware of the principle of law which states that:

What this means is that even if someone is carrying a kubotan innocently, but with the intention of using it for self-defence, then the person is guilty of the offence of carrying an offensive weapon.

This is why the police can stop and arrest someone for carrying a kubotan as an offensive weapon as in the following cases, which you can read about here: Actor Darren Day guilty of offensive weapon charge and he thought weapon he carried was legal.

My opinion is that a Kubotan, by its very design, training application and intention of use, is an offensive weapon and if you choose to carry one in the UK do not be surprised if the Police arrest you and charge you accordingly.